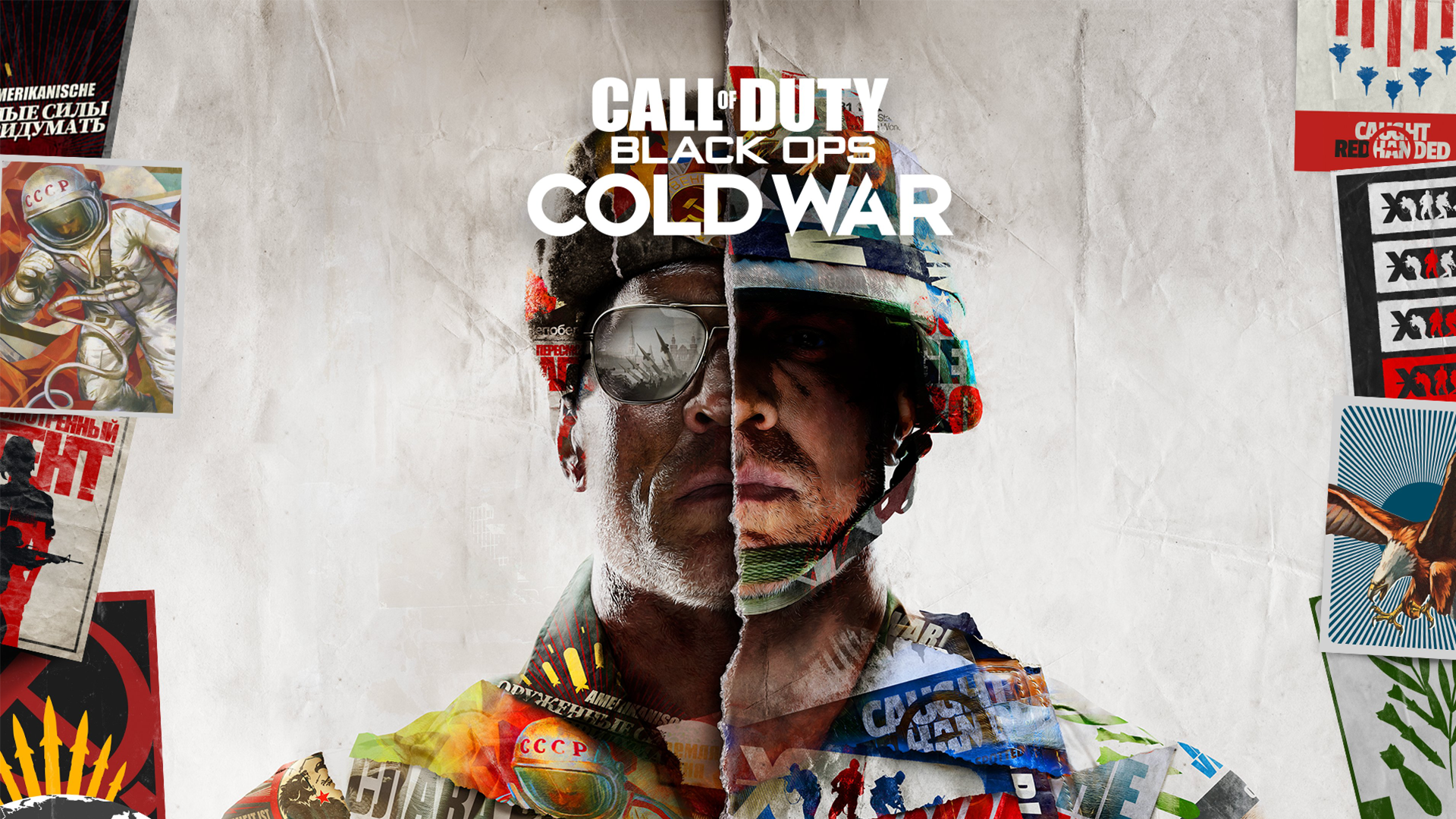 What's up everybody welcome to RealGamerNewZ. Today the new Call of Duty Black Ops Cold War has released on PS4, Xbox, and PC platforms with next-gen upgrades on Xbox Series X and PlayStation 5 as well. We're playing on PC using high frame rate settings and noticing the many differences between this game and Modern Warfare 2019. For starters, there is far less recoil on the guns - virtually none in fact. The sound design is less realistic and the gameplay feel is ultra fast with less thought given to realism in the shooting, reloading, tossing of lethals, etc. to an interesting result. This game is very fun once you get used to it, but certainly a bit more cheesey and less skill based compared to Modern Warfare 2019.

The graphics design also takes a more artistic approach rather than trying to make everything look as real as in MW. That being said, it's still great to see the Black Ops franchise remastered on a much higher level than ever before, given cross-play functionality, and having a variety of COD to switch between on cross-play now with the two titles is great as well. The return of Zombies will absolutely be a big deal for gamers worldwide who love to play it with their families, friends, and loved ones all over. All in all, Black Ops is the fast and forgiving third person sort of shooter feel but still with first person camera angles.

The game appears to lack the same mantling "mount" system of MW2019, and it's way easier to shoot down aerial enemies out of the sky. But that all blends into the action-packed, arcade style experience of Black Ops. The full story mode campaign included in the game is very intriguing, for those players who enjoy the play-through. And there is even updated Warzone content for Black Ops. From players jumping and going prone rapidly while shooting, all the way down to the elevator music during menus, Cold War is more cheesey than MW. But if you like Call of Duty, want a new set of maps, this latest version of the Black Ops engine is definitely a fun time.

Zombies has a fully fleshed out story in Cold War. With a brand new set of scenarios, and heavy Resident Evil vibes in terms of the horrific tone and nature of the content.

Call of Duty is one of the world's biggest entertainment franchises, and every year we see another entry in the series. This time around RavenSoft was set to create their own title on their own, but much like when Sledgehammer Games was tasked with the same - their scope outran their deadline and larger studios in the Activision wing had to come to their rescue. The result is a purely adrenaline-based action-flick style 70s romp called Cold War acting as the latest Black Ops installment and bringing with it this year's new Call of Duty online multiplayer experience.

In an ever-changing landscape, you can't be neutral on a moving train, so Treyarch returning to the helm with RavenSoft's original creation and a myriad of studios at their disposal, has not only been tasked with bringing out a great COD game, but also coming to grips with Warzone's success in order to find a way to bridge Modern Warfare, Warzone, and Black Ops Cold War into one tasty package. Here's our findings on that experiment and the actual product of Cold War itself as well, now that Warzone Reloaded has launched and we can provide a full Real Gamer Review. 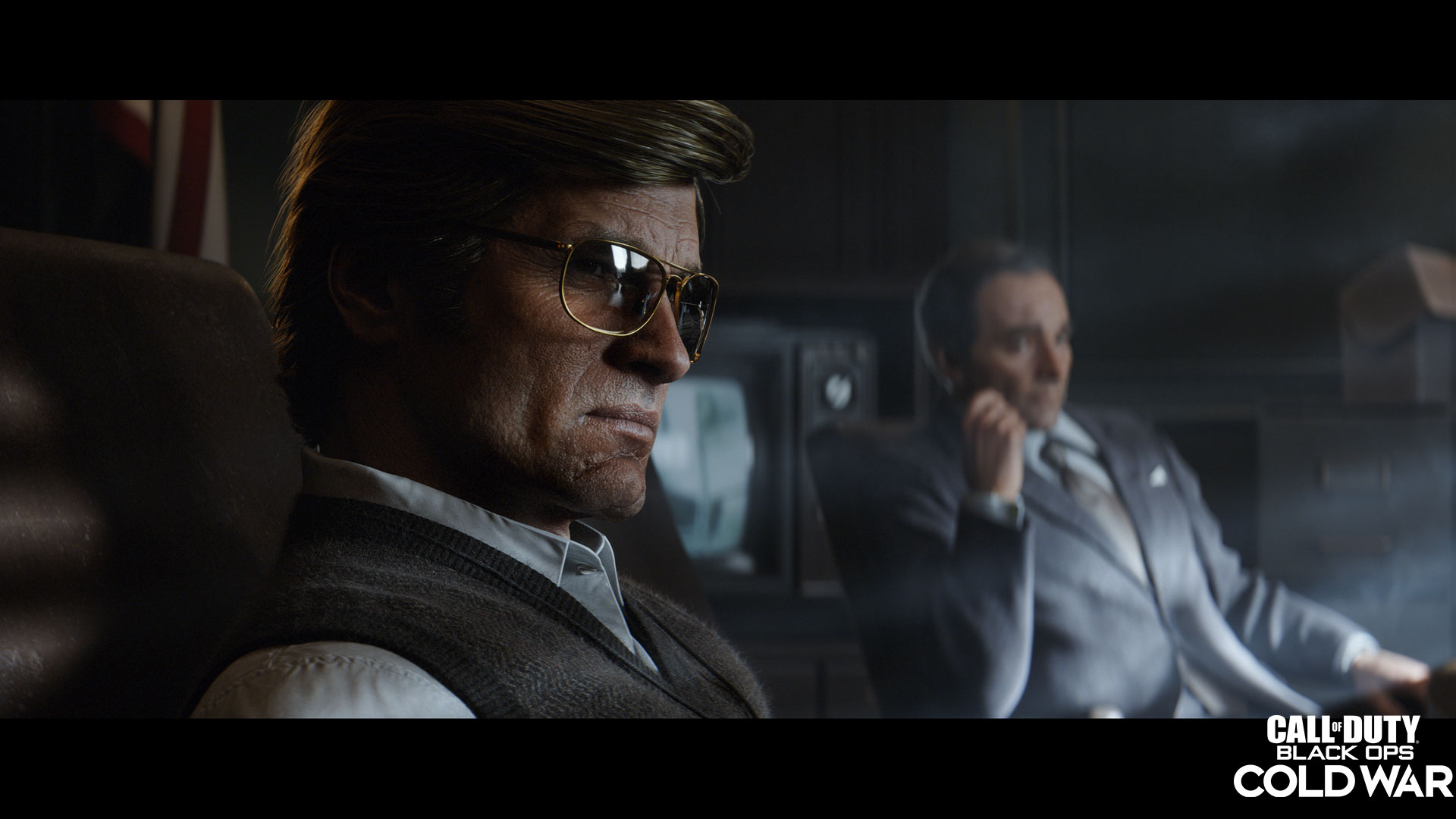 With better voice acting than some parts of Cyberpunk 2077, Cold War continues walking back the fumble of Black Ops 4 launching without a campaign and Modern Warfare rectifying the situation. This time around, the personality traits you select for your character will have an effect on the gameplay similar to perks in multiplayer. The tall tale of Black Ops Cold War revolves around Russell Adler, the epitome of 70's undercover style, and the main playable character known as "Bell" who work together to stop a powerful, top secret foe.

While the linear shooting scenes of the game resemble the usual Call of Duty formula, the sequences between the action now have a lot more interactivity in the way of optional conversations with lead and supporting characters, collectible evidence board for missions planning, recon sequences, and even lockpicking.

In terms of storyline, the game has an over-the-top alternate history which is fictional but gets its basis from real life covert ops that may or may not have taken place. The KGB is your enemy, Russian secrecy is still at its heights. During some cutscenes players can make decisions that will change their method of madness, but regardless of these choices - the end goal remains the same. Should you achieve or fail that goal however, there are multiple endings to Black Ops Cold War.

It's always nice to see the way Call of Duty jokes around with history in a patriotic way. The irony of their marketing campaign leading up to the title itself being very wishy washy despite all attempts at blowing up the spot - is crucial. This is the Resident Evil 5 of COD campaigns with all of its extreme action cancelling itself out, and a confusing line of chapters comes to a close. If you're a hardcore fan of the story, you'll love it. But if you didn't care before, you probably still won't. Have fun shooting, then log into the Multiplayer, the real reason you're here, Am I Right!? 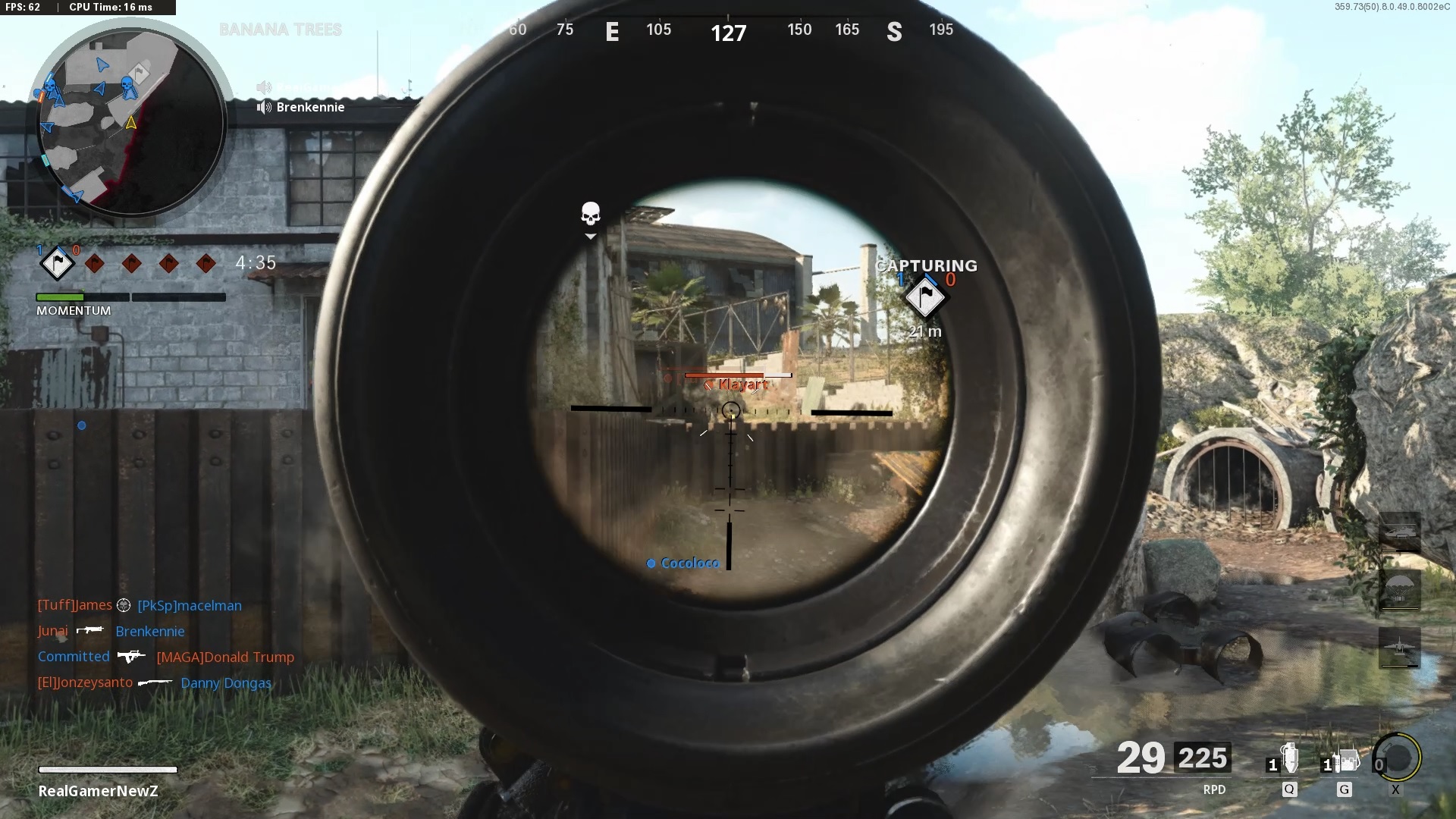 Keeping with tradition you'll find the usual suspects included again for game modes like Team Deathmatch, Free For All, Search and Destroy, Hardpoint, Domination, as well as additions like Control. Hardcore modes are also included. The overall feel of this gameplay compared to the previous entry in the series is the general lack of recoil, snap to target aiming system, and double speed pace of matches. It can be a lot of fun once getting used to it and making new classes, but it's not perfect.

Perhaps one of the more promising inclusions in Cold War is the Combined Arms playlists including Domination, Headquarters, and Assault which pit two teams of 12 against each other in all out battles on large maps using vehicles, environments, and working as an army to regain territory. During these modes players can also squad spawn.

Ten teams of 4 will compete in a brand new mode known as Fireteam. Currently the playlist available for this new mode is known as Dirty Bomb and will have players causing internal bleeding with their shots while competing for Uranium that can cause Radiation Sickness and kill them but is also needed to ready up and detonate a dirty bomb for the win. This mode features parachute drops and experimental gameplay mechanics based on Battle Royale combined with Multiplayer.

In this additional mode players must protect one selected VIP who cannot die during an exfiltration scenario while the opposing team attempts to take them out. Players who become the VIP must also stick with their team while remaining out of sight. They can hold smoke grenades, field mic, and spy plane but only have a pistol for sidearm without any main weapon. Select an extraction point, and head home.

Call of Duty's multiplayer gameplay has largely become a division of opinion within the COD fanbase. We see both sides and enjoy both for their different pros and cons, however you see those to be. 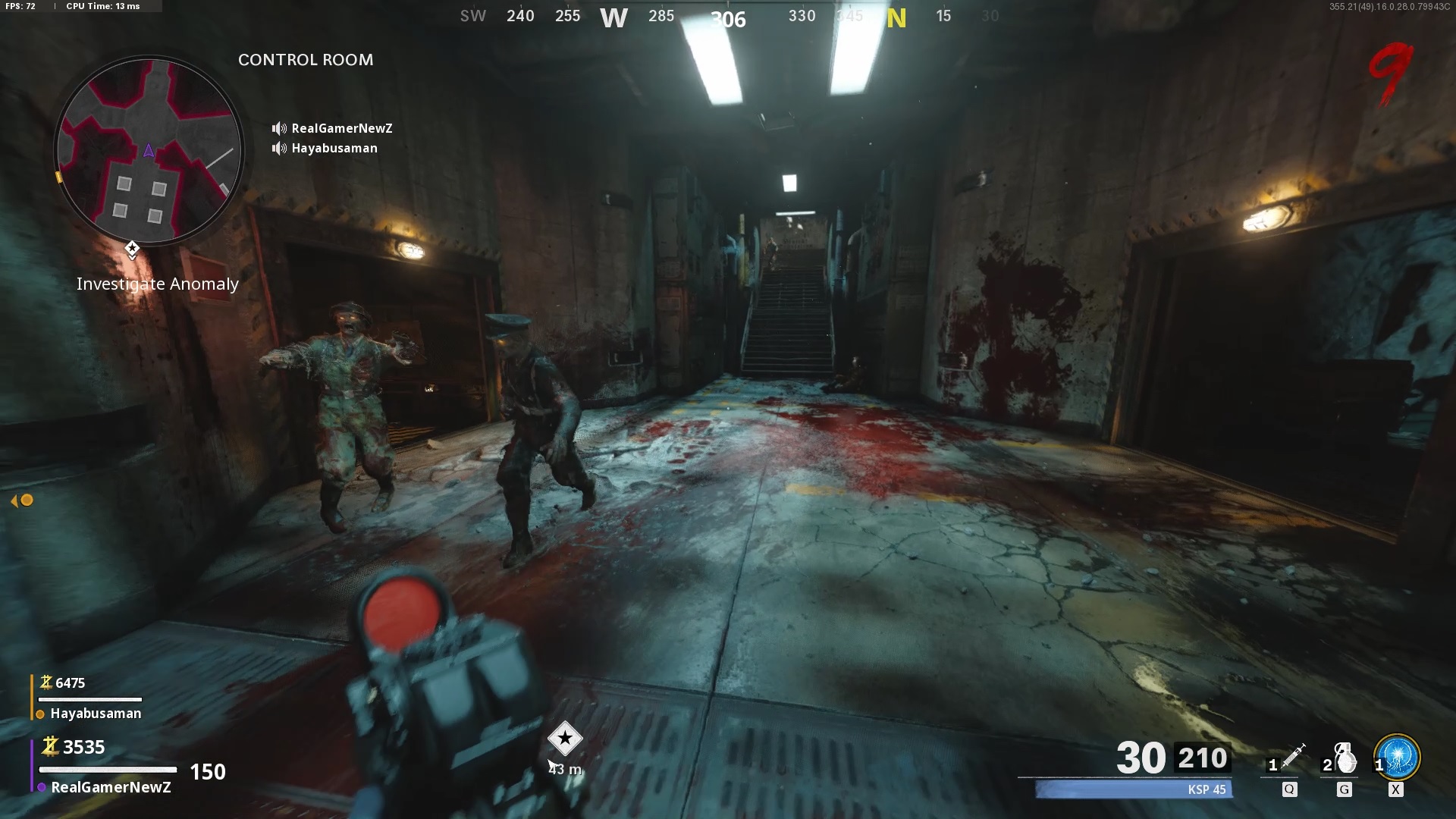 This year Zombies takes a more noob-friendly approach now with extractions available every so often, players who aren't trying to beat the game can leave early for increased XP bonuses. This means a safe exit if you can pull it off, will allow for more time strategizing and more of a win feel in between attempts to reach the highest round possible, or even beat the game. And just how is that game anyways? It's great! Depending on who you ask, it could be one of the best.

The original Zombies map was used to reinvigorate this spin-off game mode series that started way back in Treyarch's Call of Duty: World At War on PlayStation 3 and Xbox 360. While bringing back old mechanics from all across the Zombies series, we also have a few tweaks making life much easier. Unfortunately, the game only launches with this one map, but it is a bit easier to enjoy than usual.

Loadouts are now a part of Zombies and the unified progression between Black Ops Cold War, Modern Warfare, and Warzone has come into full effect. This means your favorite weapons will be easier to get. Unlocking weapons off the wall is still a thing, don't worry, and there's still mystery boxes around. Weapon classes, special upgrades, and even elemental abilities are all ways you'll keep the undead at bay.

In the later levels power-ups like Juggernaut are very much essential, and the enemies you'll come across are continually harder to defeat. Onslaught (PS4 only mode, for now) and Dead Ops Arcade are also included but Zombies features not included this time around are bots, and split-screen (for now), and on the PS5 version the guns will have a more realistic feel due to the DualSense controller support provided by Treyarch.

The newly accessible Zombies formula is great, but one map is not enough. We hope to see more modes and maps coming to Zombies over the course of this year. Not everyone likes the original Zombies gameplay loop, and Activision seems to know that, so hopefully we will see a lot more potential unlocked soon. 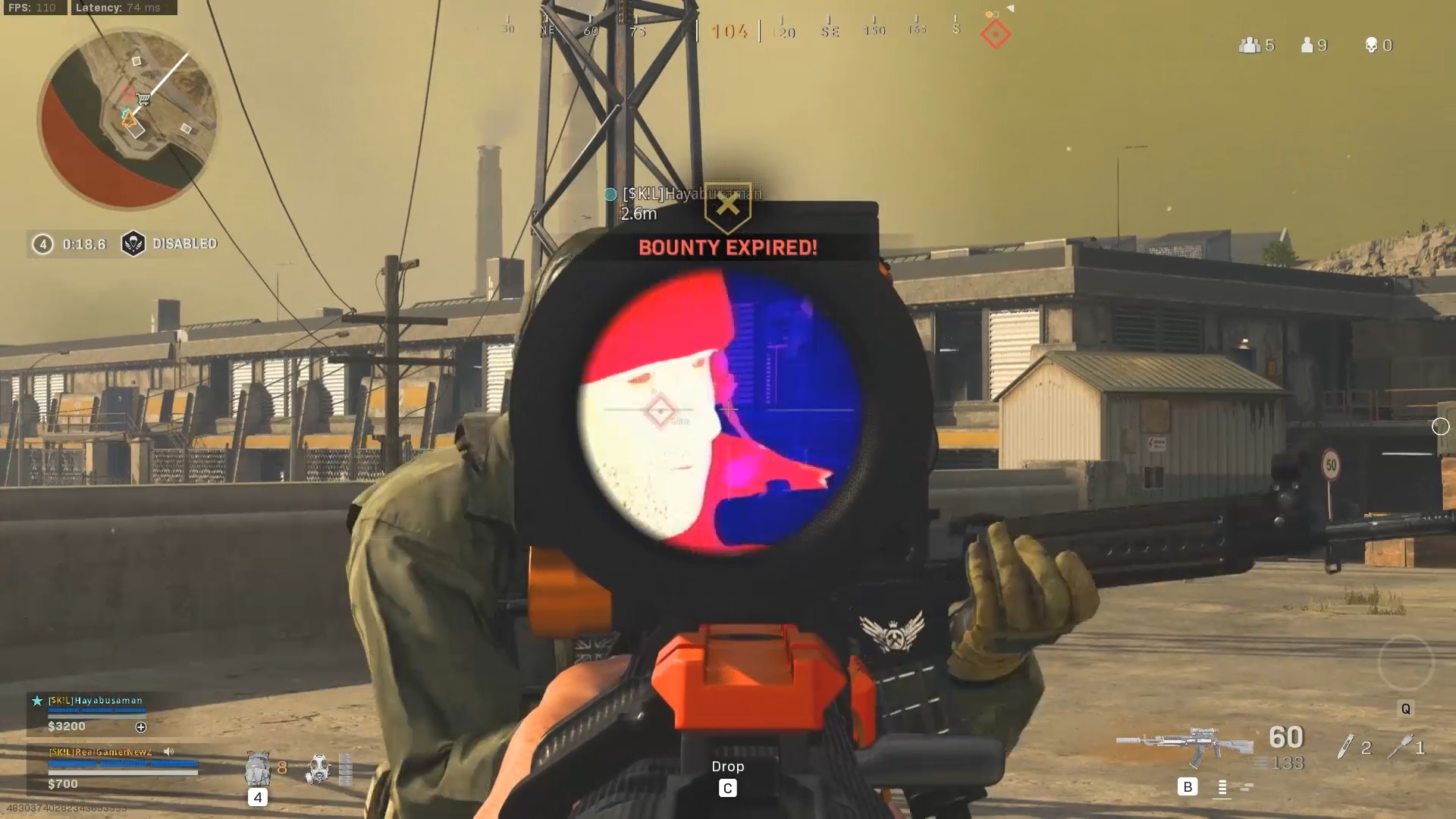 The new Warzone map Rebirth Island just dropped yesterday at the time of writing this review, and we've had a lot of great matches in the new mode Resurgence. This marks the combination of Black Ops Cold War and Call of Duty: Warzone with a much quicker time to kill and race to loot, compete, and claim victory in the final circle. This time around the map is much smaller and less players join per session, leading to quicker wins and losses, less time wasted getting set up, and a more straightforward action experience you can always find time for.

With a re-use of assets from the original Warzone map, and not much actual changes beyond the addition of guns and skins, we do hope that Activion's live services promise to add more maps and modes to both games more often bears fruit. As it stands, this is certainly a step in the right direction, upping the ante for each move you make and causing the small moves you make to have a greater impact on the result of each match. This part of the game is available for free, with Cold War content added in for owners of the title and Modern Warfare content from those who had Battle Pass staying intact alongside it as well. Creating a content rarity ecosystem.

A step down from 2019's realism and polish seen in Modern Warfare, Black Ops Cold War offers a light-speed shooting experience that is almost cartoonish in nature. It's nice to have two very different Call of Duty engines to bounce between, but this will take some getting used to for MW players.

Overall, the effort put into Campaign and Zombies outweighs a major lack of content and gun balance in Multiplayer that we are being promised in patches and free updates later. Warzone Reloaded can be seen as a move towards the same Cold War inspired, fast-paced action that's prime for breeding naturally comical scenarios.